Sorry, She’s Not Going to "Anglicize" a Damn Thing 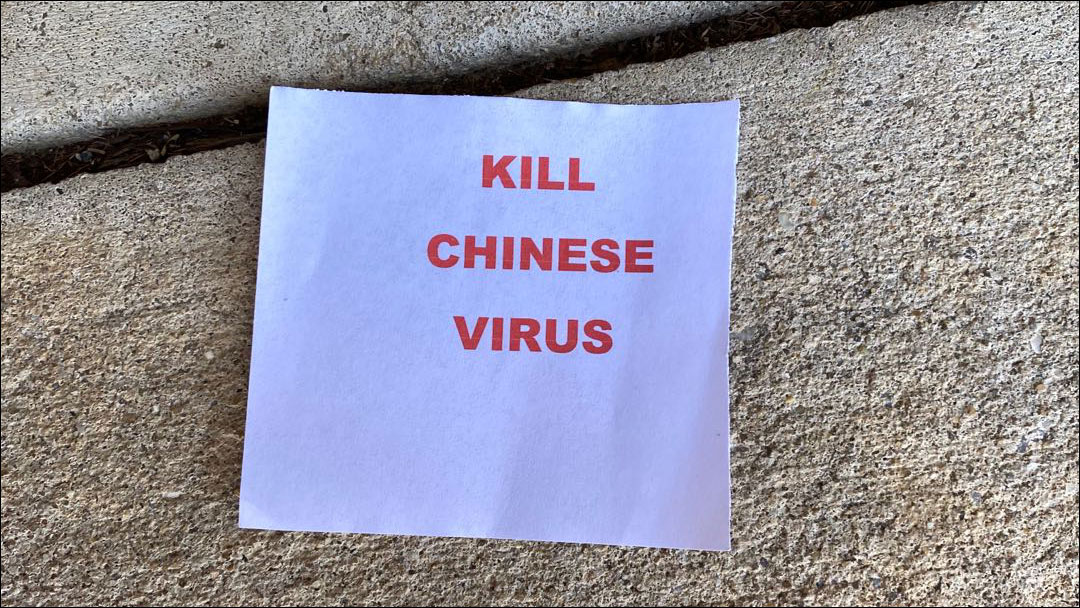 Racist “Kill Chinese Virus” Flyers Found at University of Delaware
Last weekend at the University of Delaware, residents at several apartment complexes found flyers stating “Kill Chinese Virus” distributed on their doorsteps and vehicles. In a letter to the university community, officials said the apartment complexes targeted by the flyers are all home to Asian and Asian American students. While the incident is being investigated by Newark Police, a spokesman says it “doesn’t appear they constitute terroristic threatening or a similar offense.” So… what is the crie? Littering? Because this stinks and feels like a hate crime.

Read an Exclusive Excerpt From Kevin Kwan’s New Novel, Sex and Vanity
This deliciously modern update of A Room With a View features drama, diamonds, and satire galore.

Pride Convos: The Movement Continues
Act to Change presents #PrideConvos, a chat about solidarity and the connection between Pride and #BlackLivesMatter, with panelists Angelica Ross, Esera Tuaolo, and Margaret Cho, and moderator Maulik Pancholy. Pride started with a revolution led by trans people of color. Today communities of color, transgender people and the #LGBTQ+ community are still under attack, and this conversation will address how all of us can support the movement for equality. It’s happening Tuesday, June 23 at 10am / 1pm PT.

I’ll Be the One by Lyla Lee
The world of K-Pop has never met a star like this. The new young adult novel I’ll Be the One is being touted as a “deliciously fun, thoughtful rom-com celebrating confidence and body positivity” from debut author Lyla Lee.

Here’s the synopsis: “Skye Shin has heard it all. Fat girls shouldn’t dance. Wear bright colors. Shouldn’t call attention to themselves. But Skye dreams of joining the glittering world of K-Pop, and to do that, she’s about to break all the rules that society, the media, and even her own mother, have set for girls like her. She’ll challenge thousands of other performers in an internationally televised competition looking for the next K-pop star, and she’ll do it better than anyone else.

When Skye nails her audition, she’s immediately swept into a whirlwind of countless practices, shocking performances, and the drama that comes with reality TV. What she doesn’t count on are the highly fat-phobic beauty standards of the Korean pop entertainment industry, her sudden media fame and scrutiny, or the sparks that soon fly with her fellow competitor, Henry Cho. But Skye has her sights on becoming the world’s first plus-sized K-pop star, and that means winning the competition—without losing herself.”