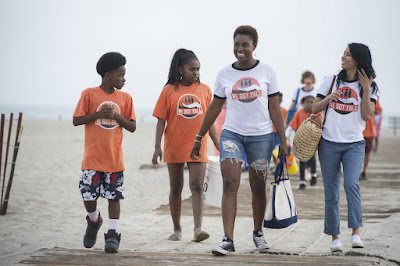 I was having a discussion online about POC and Asian American representation in media and one of the shows I had brought up was Insecure, the new Issa Rae series on HBO and how much I’m really getting into it. During that dialogue, another fan of the show replied that Insecure was “the sex” and I thought to myself –  that’s just a good way to describe it – because I never really watched Girls, and while it’s not quite the same as Sex in the City – I feel like it’s the closest thing with a POC POV on HBO revolving around relationships – and I’m glad to see us included in the show – overall.

It doesn’t mean I like everything about the Asian American characters en masse or think that they can’t give a little different POV into a few of the storylines from an AAPI perspective – specifically I’m thinking about Molly and Diane Nakamura and the relationships between Black and AAPI women and interracial relationships with Asian American women and Black men and the relationships between those men and Black women – and like with everything else there’s a fine line (because at least some of the Asian American women I know married to Black men I don’t think would want to dance down the isle to Wiz Khalifa’s “Black and Yellow” or serve drinks called “Black and Tan”) – but like all shows there’s exaggeration and hyperbole.

The fact that I’m seeing a show from a POC perspective that actually includes us on HBO – because we do exist – I’m okay with that – and I’m going to keep on watching.

A few of the faces from the show (so far)

Is it just me or is Ivan Shaw sexy as a MF? We don’t see him a lot – but he plays Justin, a teacher at the school where Issa works with kids through her non-profit job.

Sujata Day plays “Sarah” working with Issa at her job. I’m still deciding if I like her character.

Maya Erskine plays Diane Nakamura who works at the same law firm as Issa’s best friend Molly (played by Yvonne Orji) and probably has the most screen time for an Asian American on the show. I do think there’s a lot more that can be touched on between her and Orji’s character and hope they at least delve a little more into that relationship.

New episodes of Insecure can be watched on HBO @ 10:30 on Sundays