Post Archives: An Open Letter To The Eleague: Shouldn’t Our People Just Be Everywhere In This New Show? 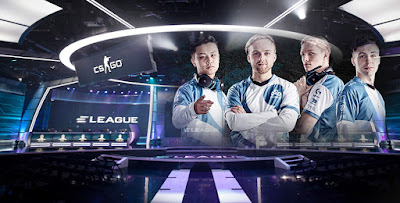 While I certainly can’t deny that you’re putting a lot into this new eSports hybrid league and broadcast, including a $1.2+ million prize pool, I can’t help but wonder why you decided to choose a game where the rosters consist mostly of people who are a little more pale and euro. I have nothing against the euro or the descendants of the euro mind you – because who doesn’t love them some ABBA – but look at Asian American Jake Yip aka “Stewie2K” up above from the Cloud9 team.

So I know we have a handful of Asians and Asian Americans for representation, but that’s the thing – it’s still just a handful.

Considering some of the most popular games like League of Legends and Dota2 have far more diverse rosters and players, and some of the highest paid competitive gamers are American Saahil “UNiVeRsE” Arora,

or the fact that you can’t talk about eSports without mentioning South Korea and China (and did you forget the rest of the top money players or who Redbull picked as their Mid-season MVP?) – I just think you may have missed the boat on showing the overall diversity of eSports and competitive gaming.

At the same time, since you could have done whatever you wanted to do, I take a little umbrage at the fact that you didn’t do anything to help with the barriers of sexism in the gaming world – albeit I understand that it’s not just on your shoulders alone – but couldn’t you have done something (in some way) where we could have gotten a little Alice “Ali” Lew,

or at the very least top gamer Sasha “Scarlett” Hostyn (she’s not Asian, or pictured, but it doesn’t matter in this context)?

Couldn’t you have opened it up just a little for the television audience?

And no offense to announcers Anders Blume and Auguste “Semmler” Massonnat – they deserve this and Counter-Strike: Global Offensive is their game to call – but it might be nice to see some Dan “Frodan” Chou on the sidelines too.

At the end of the day I’ll still watch it, but I’m not as excited as I could be and I make no predictions on how long it lasts…

So here’s to hoping Season two will be much better, but if not – I’m sure people will still watch ESPN cover The International Dota2 competition where the prize pool could get up to $20 million this year.

Thanks for not doing as much as you could have,

The first date of the competition to be broadcast on TV will be this Friday @ 10:00 PM ET on TBS (and of course Twitch).