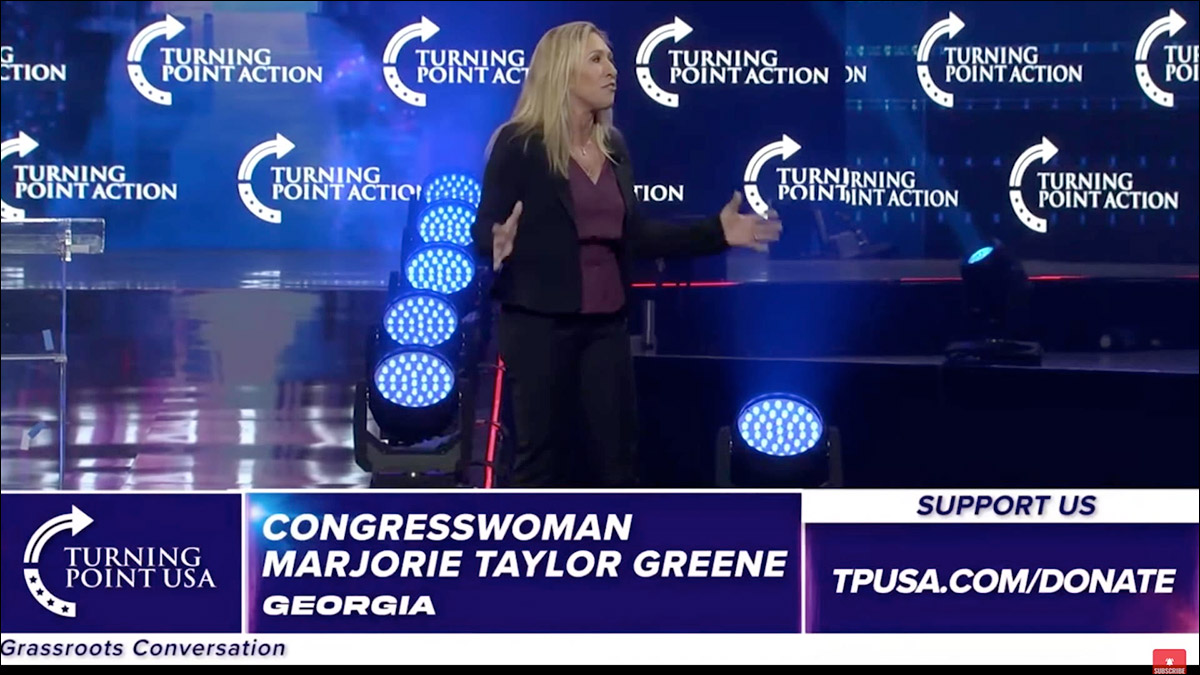 Okay, so this isn't anywhere near the top of the list of shitty things that Marjorie Taylor Greene has said during her inexplicable political career, but over the weekend the Georgia congresswoman referred to "yellow people" — um, I think she meant us — while pushing back against claims of the GOP being a "white supremacist party."

During her opening remarks Sunday at "AmericaFest," a conference organized by conservative group Turning Point USA, Greene attempted to make a case touting the Republican party's alleged diversity by enumerating alllll the different kinds of people who might attend a fine event like this.

"So I've never been to one of these events before," said Greene. "I've heard a little bit about them. I've seen a little bit of this event, this type of event before. And when I walked in yesterday, I was like, 'What kind of people come here?' So I'm walking around and seeing some good people and I see white people, Black people, brown people, yellow people…"