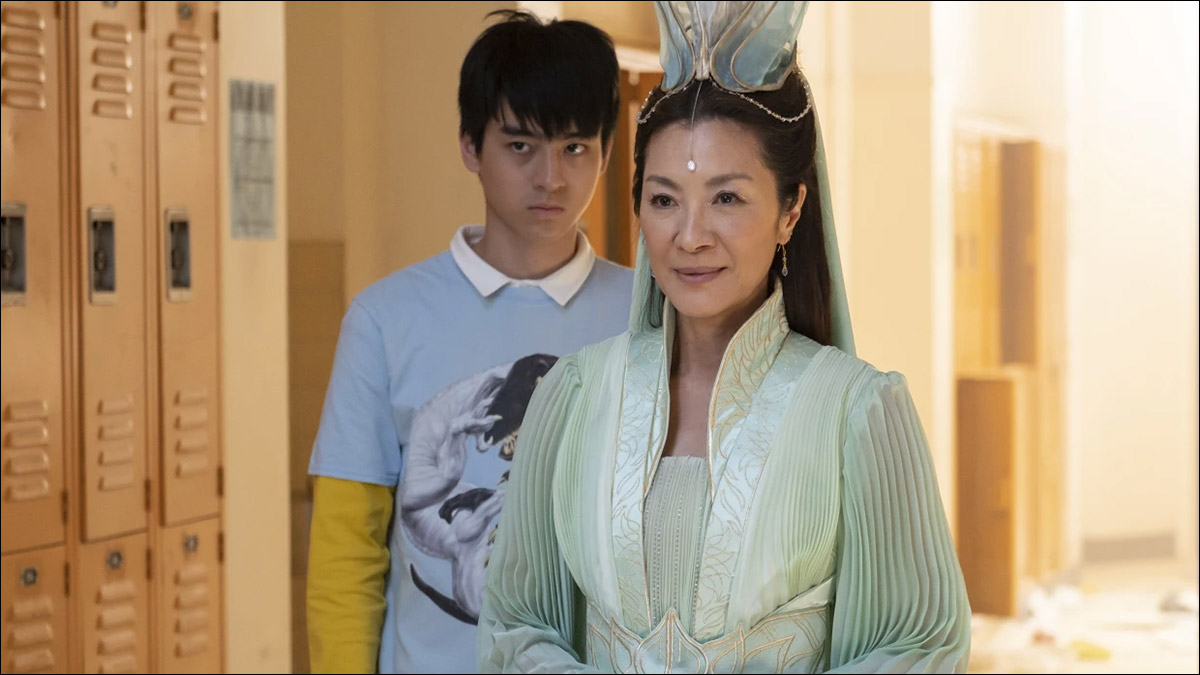 Disney+ has unveiled some new first look photos of its upcoming adaptation of American Born Chinese, based on the beloved graphic novel of the same name by Gene Luen Yang. The series has shaped up to be something of a reunion for actors Michelle Yeoh, Ke Huy Quan and Stephanie Hsu, who also star in Everything Everywhere All at Once, which is currently cleaning up in its awards season run.

Adapted by Kelvin Yu, the "genre-hopping action comedy" series follows Jin Wang (Ben Wang), the son of Chinese immigrants who struggles with assimilating in the United States. Jin escapes into fantasy realms to grapple with his emotions and encounters spiritual creatures from Chinese mythology like Sun Wukong the Monkey King, played by Daniel Wu, and Guanyin, the goddess of mercy, played by Yeoh.

Check out the photos: