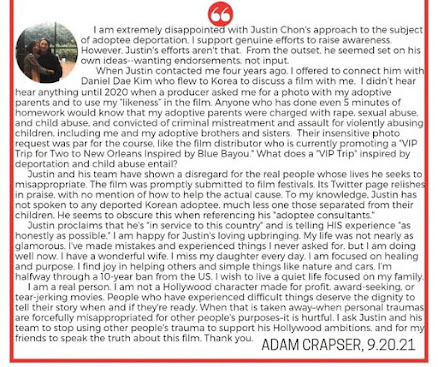 On Justin Chon, Blue Bayou, Adoptee Representation, Marginalization, The Call For Boycotts, Primal Wounds, Empathy, And Where Do We Go From Here?
feedproxy.google.com

I’ll just be honest–in many ways I haven’t been looking forward to writing this post and it’s been melting in my brain since I’ve seen the film in various stages. There’s just so much to unpack, so much nuance, so many community’s feelings and histories to think about, and at the same time it’s personal […]

In Memory of Muhammad Ali
www.asian-nation.org

This past Friday, June 3 2016, Muhammad Ali passed away at the age of 74. More than being regarded as the greatest boxers ever, Muhammad Ali is remembered as one of the most significant, famous, and celebrated athletes of all time. His legacy transcends his accomplishments inside the boxing ring and also encompasses his tradition […]