All The Asians On Star Trek 28: Eric Bauza 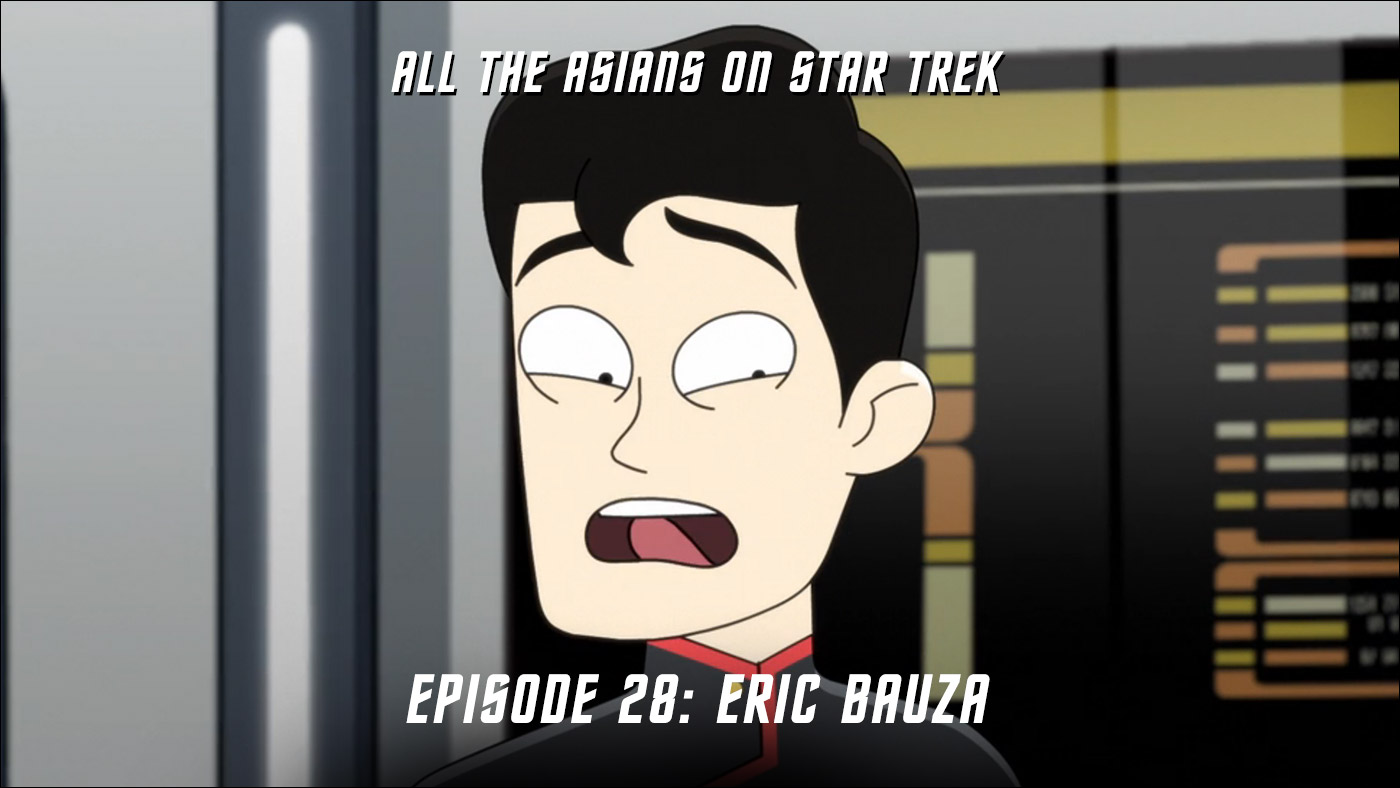 All The Asians On Star Trek is the podcast in which we interview all the Asians on Star Trek. In Episode 28, we welcome voice over artist Eric Bauza. He played the role of "Cerritos Conn Officer" and other characters on several episodes of the animated series Star Trek: Lower Decks. Outside of Star Trek, he's a prolific voice over artist with dozens of credits, having provided voices for some of animation's most iconic characters — including Bugs Bunny, Daffy Duck and Tweety most recently in Bugs Bunny Builders. He talks about getting his breaks as a voice actor, almost getting cast as another Lower Decks character, and making merchandise from obscure Canadian kids TV shows.