All The Asians On Star Trek 24: Jacqueline Kim 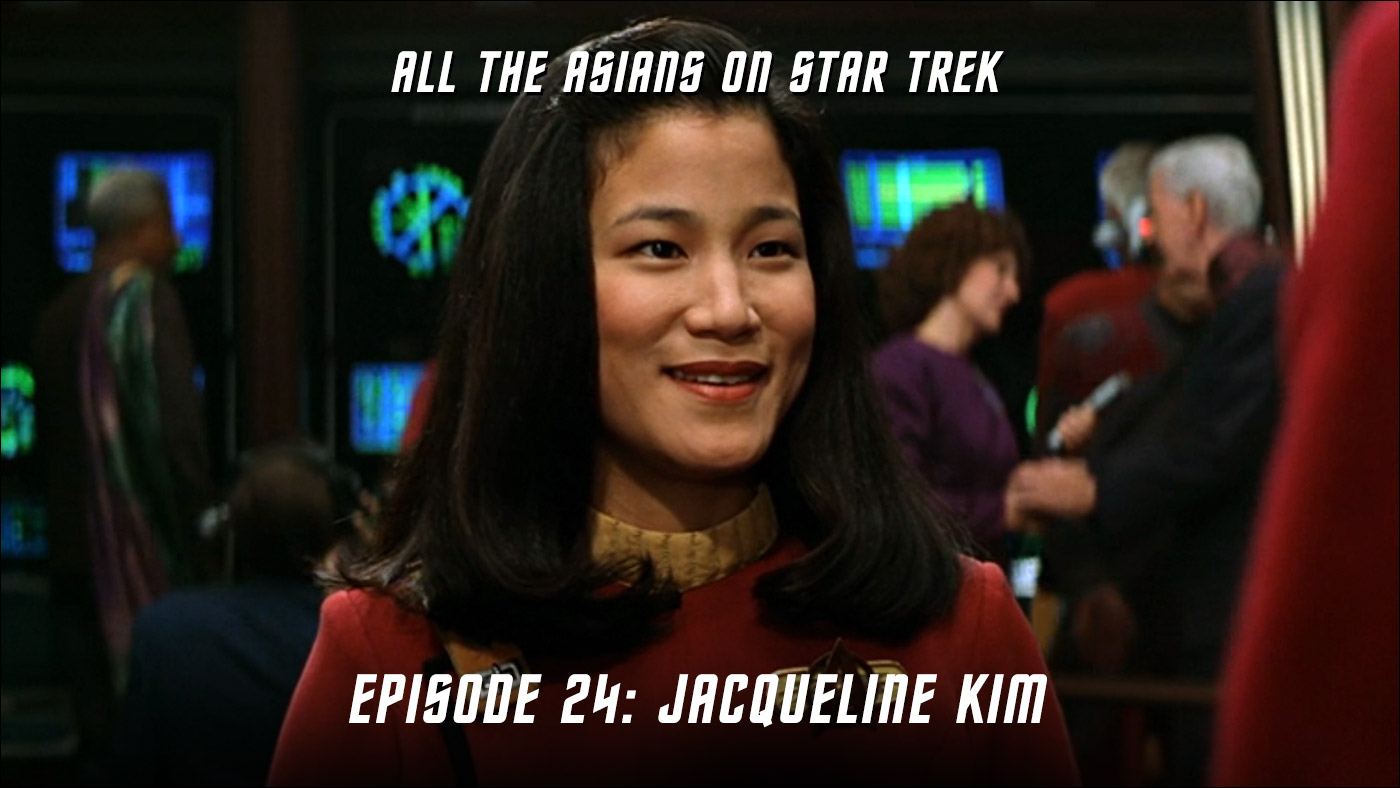 All The Asians On Star Trek is the podcast in which we interview all the Asians on Star Trek. In Episode 22, we welcome actress Jacqueline Kim. She played the role of Ensign Demora Sulu — daughter of Hikaru Sulu — in the 1994 feature film Star Trek: Generations. Her other acting credits include Volcano, Disclosure, Xena: Warrior Princess, ER, The West Wing, Charlotte Sometimes and Advantageous, which she also co-wrote and produced. We discuss her brief stint at the helm of the Enterprise-B, her forays into domestic science fiction, and her evolution as a multi-disciplinary artist, including her recent work as a musician and composer.