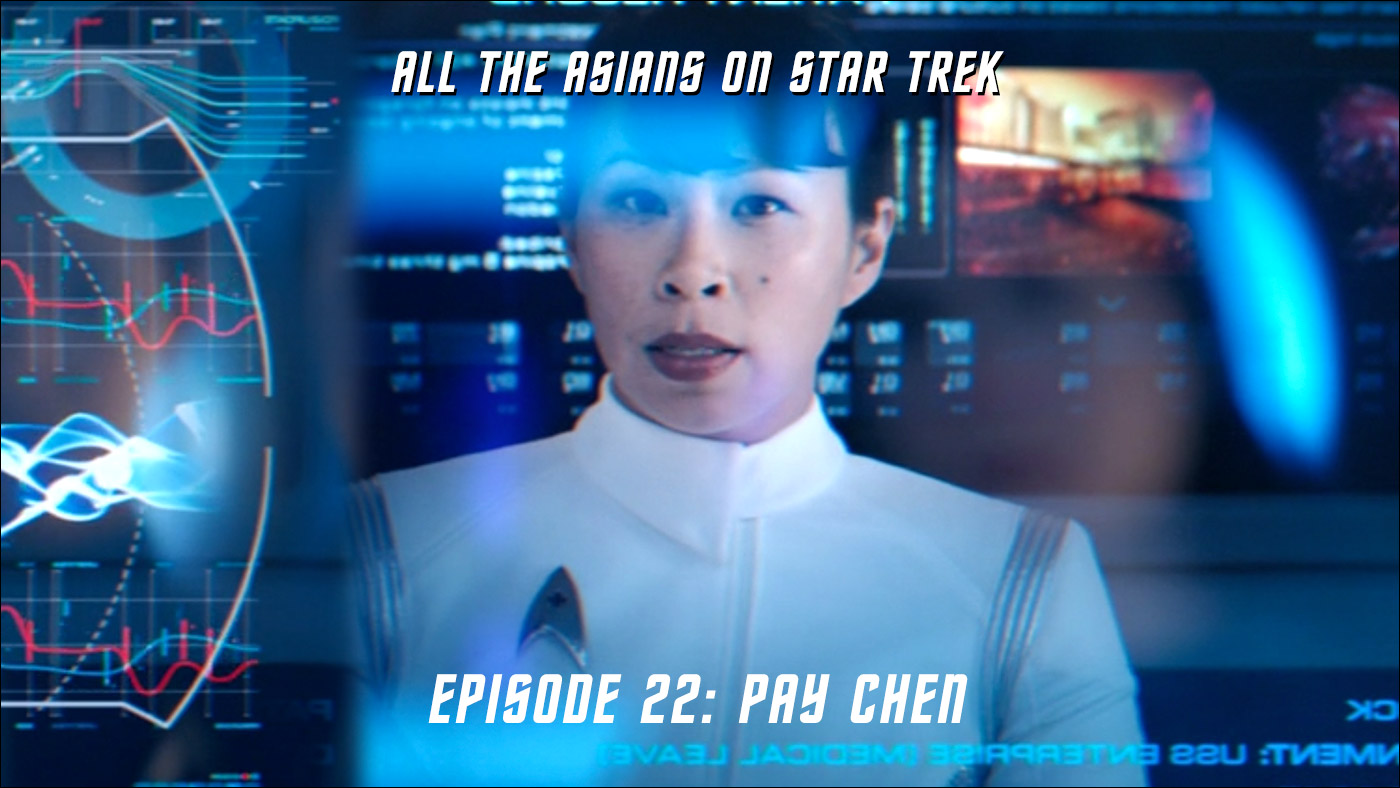 All The Asians On Star Trek is the podcast in which we interview all the Asians on Star Trek. In Episode 22, we welcome actress Pay Chen. She appeared in the role of "Starfleet Psychiatrist" on Star Trek: Discovery, in the season two episode "Point of Light." If you blinked, you may have missed it. Outside of Star Trek, Pay has over two decades of broadcast experience as a TV/radio host, writer and producer in Canada. But to some fans and friends, her five seconds of screen time on Star Trek — as well as a stint reciting poetry on children's programming — are the jobs that earned her the real street cred.